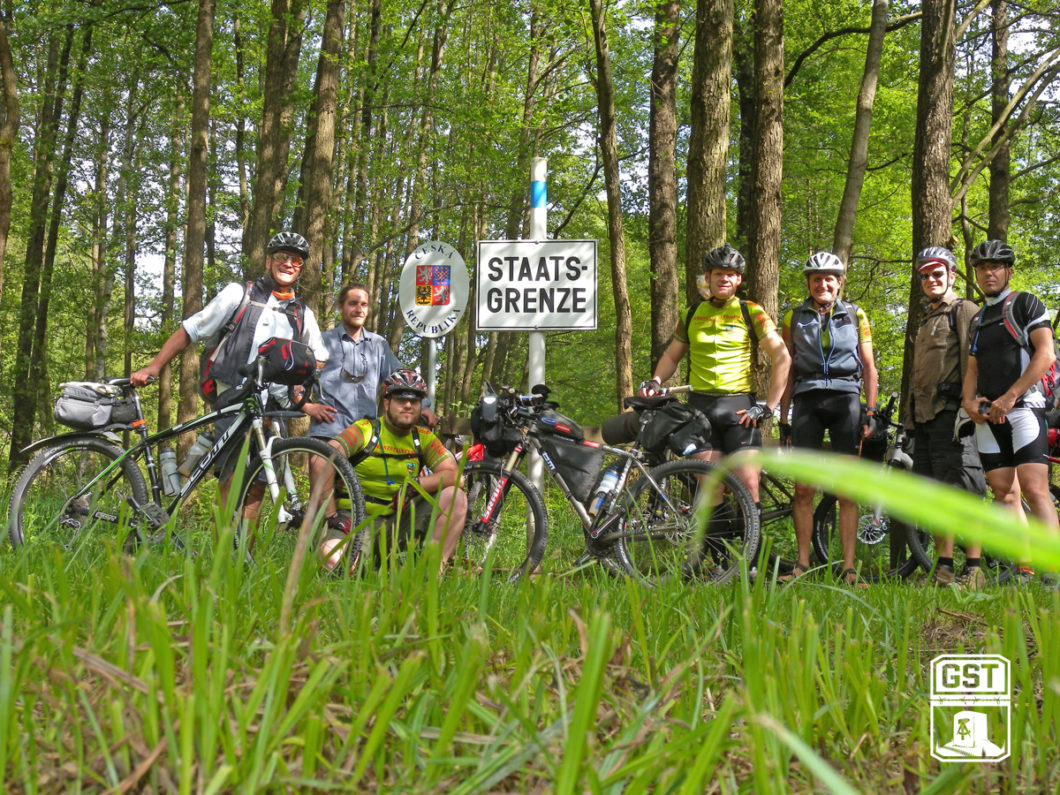 The GST is a self-supported bikepacking event along the former inner German border. The next edition will start on 15 June in Berlin, where the Berlin Wall Trail will be used as a “prologue”. The actual start is on 17.06.2018 at the former border triangle (where Eastern Germany, Western Germany and Czechoslovakia used to meet). The event is limited to 29 riders in 2018. Anyone who has “processed” the following list can take part:
The route of the GST follows the “Kolonnenweg” of the NVA  (Eastern German Army), which was created a few hundred meters parallel to the former German-German border on the Easern German side. In the north it ends at the Baltic Sea (Priwall / Travemünde); in the south-east it ends at the former border triangle mentioned above. We are following a GPS track, which is improving year by year due to the help of countless scouts, and by considering the tracks from riders in previous years. The route is about 1250 km long and has almost 18,000 vertical meters. The subsoil is roughly divided into: 40% historical “Kolonnenweg” (concrete plates with rectangular holes), 30% asphalt and 30% gravel / forest path. The “Kolonnenweg” follows the border and takes no “topographical considerations”. This results in many short and steep climbs with up to 30 percent climbs and descents. From the south, there are about 15,000 meters of altitude difference over the first 750 kilometers. With one exception – the Brocken, the highest mountain in the region – no climb is longer than 300 vertical meters, but there are plenty! From Helmstedt on the route is mostly flat. The character of the trail varies greatly each year. Overgrown trails, flooding or shifted plates require concentration, a low speed and make riding in the dark very risky. If you like it hardcore, you can complete the GST within a week, if you like it sporty, you need about ten days, and if you take it easy, you can complete it in two weeks.